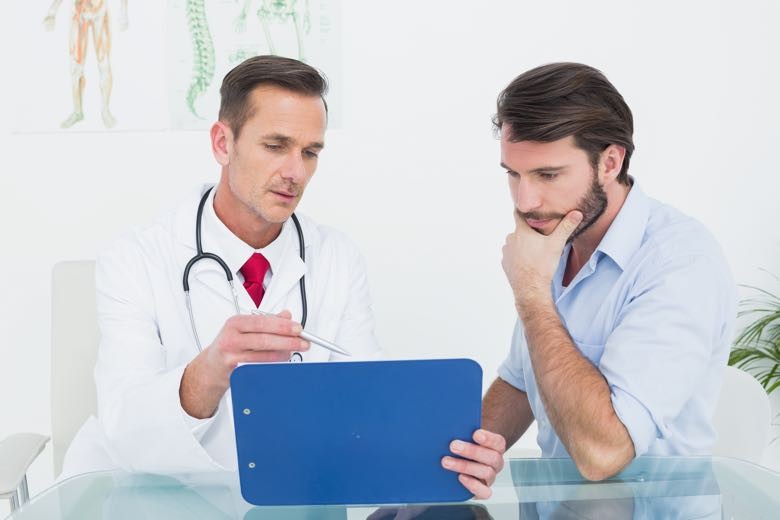 While it may not be easy, be frank with your doctor about the scope of your problem. There is no need to be embarrassed: remember that erectile dysfunction is common and your doctor will have talked to many patients about this. Keep in mind that an effective and safe treatment can usually be found.
Remember to tell your doctor about any other problems you may have such as high blood pressure or diabetes as well as any medications you might be taking. It is also important to mention smoking and drinking habits. You may also be asked to take some blood tests. The important thing is to not suffer in silence!

Answering this questionnaire (IIEF-EF test) may be worthwhile in order to encourage the conversation with your doctor .

Choose the most appropriate response for each question and add up the scores then you can contact your doctor for evaluation of the results obtained by filling out the IIEF-EF test.

Here you can download a printable version of the IIEF-EF questionnaire.

Over the past 4 weeks (please check one answer only):

Q1 How often were you able to get an erection during sexual activity?

Q2 When you had erections with sexual stimulation, how often were your erections hard enough for penetration?

Q3 When you attempted intercourse, how often were you able to penetrate (enter) your partner?

Q4 During sexual intercourse, how often were you able to maintain your erection after you had penetrated (entered) your partner?

Q5 During sexual intercourse, how difficult was it to maintain your erection to completion of intercourse?

Q6 How do you rate your confidence that you could get and keep an erection?

The Italian Society of Andrology has collected more advice to dialogue with your doctor, which may be summarized as follows:

1. Do not neglect the controls since childhood

A few abnormal sexual functions in adulthood have their origin in unsolved problems or problems that were solved latein childhood. The child must be checked for correct formation of the external genitalia.
Even pubertal development requires a checkup. The timing of development varies greatly from person to person, however, it begins before the age of 9 or if it has not started before the age of 14, one must intervene. Varicocele, i.e. dilation of the veins around the testicle, rare before the age of 10, can affect 10-20% of adolescents and is considered one of the causes of male infertility.

2. Undergo a maleexamination in adulthood

Taking a male examinationin adulthood is useful, even in absence of obvious pathologies.
Of course the examination is required if you have erection difficulties, because this problem could be the first warning bell of other diseases, such as diabetes, hypertension, or hormonal alterations, at an early stage, that is when it is easier to cure them, avoiding serious damage to your health.

3. A maleexamination is also important in old age

Advancing age may lead to a progressive weakening of certain functions such as vision, hearing and even sexual function. Consulting the urologist to present and cureerectile deficit problems should not be considered different from contacting the ophthalmologist or the otolaryngologist to solve the problems of vision or hearing. In addition, an erection disorder may mask other diseases, such as vascular diseases, diabetes, neurological diseases, and prostate issues, whose recognition and early treatment may prevent serious health consequences on the person’s own life.

What is Erectile Dysfunction? 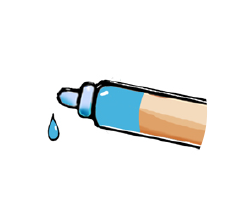 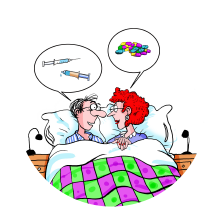 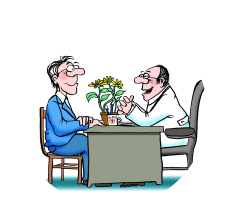 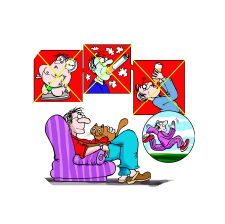